We exist to continue the ministry of Jesus Christ through love, forgiveness, teaching and outreach. 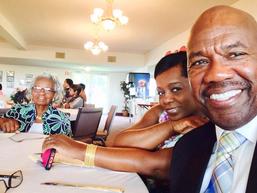 Pastor Albert Grant is an ordained minister in the Church of God who has served as a pastor, consultant and conference leader for more than 25 years. Recently, he has felt God’s call to be an advocate for preaching the solid biblical truth about the Kingdom of God and also for the development of Church and Community collaboration on outreach and ministering methods that reach across generational boundaries. As pastor, he served the Church of God in Racine, Wisconsin, for many years. He has also served as provisional pastor at Crossroads COG, Milwaukee, Wisconsin; Stonebridge COG, Findley Ohio; and First Church of God, Sidney Ohio. As Director of Outreach of Church of God Ministries Inc., he had many travel and preaching opportunities internationally that include the Republic of Ghana; Bangalore, India; Addis Ababa, Ethiopia and Guyana, South America. He is supported by his wife Wendy. His favorite pastimes are fishing, golf and sermon preparation. 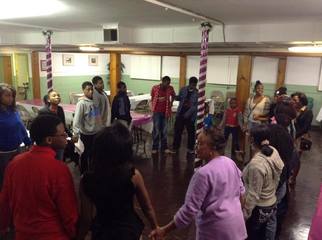 We are working to be a church that continually wins souls for Christ through: 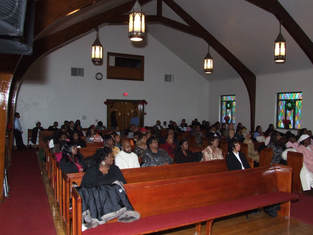 ​We are affiliated with the Church of God, with U.S. offices in Anderson, Indiana. The Church of God movement began in 1881, emphasizing unity and holiness. Early leaders such as Daniel S. Warner and Mary Cole sought to forsake denominational hierarchies and formal creeds, trusting solely in the Holy Spirit as their overseer, and in the Bible as their statement of belief. These individuals saw themselves at the forefront of a movement to restore unity and holiness to God’s church.

Their aim was not to establish another denomination but to promote primary allegiance to Jesus Christ and transcend denominational loyalties.

Since 1891, when the movement’s first missionary was sent to Mexico, the Church of God has continued to grow into a multinational community of faith. Average weekend attendance in the congregations of the United States and Canada totals approximately 250,000. There are approximately 2,300 congregations in the United States and Canada. Globally, the movement has work in eighty-nine countries and territories representing more than 7,300 churches and 875,000 believers.